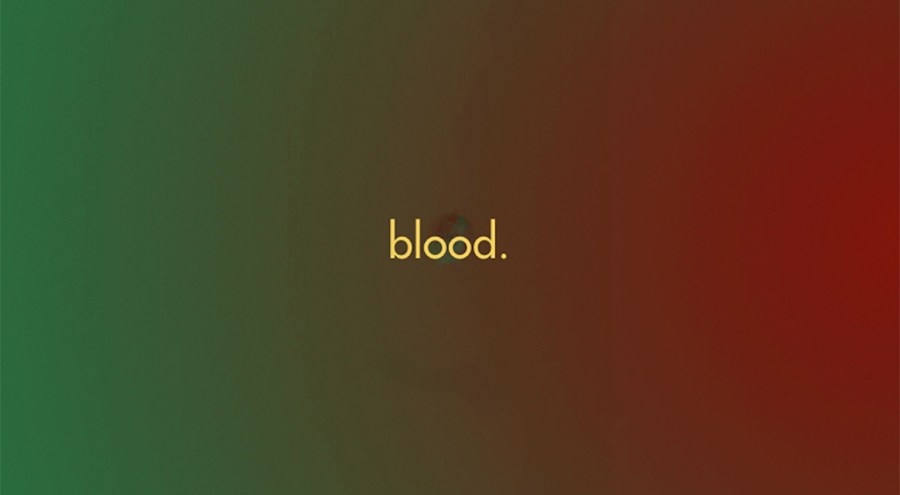 I used to lie on my back in a field near my parents’ house in the summer, rubbing my closed eyes under the sun until I saw light flicker in red and green on the back of my eyelids. I would see how long I could stand it: the pressure of pushing on my eyes with my dirty little fingers. I used to think that was what outer space must look like. The dizzying spots of color I saw when engaging in this childhood pastime came back to me when I started studying Amanda Wallace’s work.

In its premiere on August 17, 2015 in Spokane, Washington, Field | House was projected from a corner storefront in a public locale, visible from the street to passersby. The projections were visible in four storefront windows that intersect perpendicularly at ninety degrees at the street corner. Each projection alternates red and green fields of color with montages of images overlaid that read as afterimages or bleached negatives. The montages include footage of Bree Newsome removing the Confederate flag from the state house in Columbia, South Carolina in 2015; stills from the lynching of Jesse Washington in Waco, Texas in 1916 including a young, white spectator witnessing the lynching; and Dylann Roof, the domestic terrorist and white supremacist who murdered nine African Americans at a church in Charleston, South Carolina in 2015. Text in a yellow sans serif font that says “I don’t want to lie in a field of black” and “I don’t want to bed in a house painted with white blood” are presented in the center of the windows one word at a time. The rapidity of the text flashing on screen is dependent upon the viewer and their engagement.

Georges Bataille, a French philosopher famous for his devotion to the study of death and art, understood space as both a philosophical and pictorial concept, and delineated his thoughts regarding space as a “means of regulating either the world of the picture or the world of experience.” He continues this thought by describing how space is measured through relationships. A viewer perceives space as distance between herself and an object or between other objects. Space is the void where objects are not. If space is measured by relationships between objects, then it seems important to think about what happens when there are no objects, or only one object is present at a time and that presence is fleeting. Or what happens when one of the relating “objects” is actually a viewer? Similarly, the way color functions in Wallace’s Field | House is as abstract space in which the viewer is exposed to images and text. Today, abstraction is important to the understanding of space—real, pictorial, and philosophical—and is a vessel for expressing emotion as well as social and political critique.

The relationship between abstraction and space is key to understanding the function of color in this piece. In this instance, the frenetic rhythm and sensory confusion created by the color fields also has a relationship to trauma and disorientation. Wallace utilizes ideas about perception of space in her time-based media work. Regarding the fraught relations of space, she states: When I experienced a James Turrell piece (oddly, at the time I didn’t know it was his work), the sensations stuck with me. When I began early renditions of Field | House back in 2012, I believe, I knew I wanted to play with visual perception. It took some time for me to recognize red and green as complementary colors because that wasn’t the original reason for choosing them on a conscious level. I just wanted two colors to reflect the text as sort of a decoy.

Many installation artists (Mika Rottenberg, Gregor Schneider, or James Turrell, for example) create physical spaces to impose external disorientation through sensory deprivation or oversaturation. Schneider deprives the viewer of her vision and creates uncomfortably dark, richly tactile spaces that the audience must navigate by touch. In contrast, by flooding the visual plane with light and soft, layered hues, Turrell’s works tend to utilize abstraction as a neutralizer for space without any definitive political message or agenda. Whereas, Rottenberg utilizes oversaturation of bright color and a plethora of visual stimuli to exploit racial stereotypes in a subversive and decidedly political narrative. Wallace falls somewhere in between these visual dialogues and practices. She creates the space within the viewer’s mind by incorporating complementary color strobes in green and red. This could be seen as a kind of visual perception manipulation. This is where my eyelid light shows fit in. Wallace utilizes isoluminant colors because of her interest in illusion-making and the Troxler Effect. The intensity of the color operates, as she notes above, as a decoy, distracting the eye from the information in the images and the text. It should also be noted that red/green is the most common form of color colorblindness which seems to be an important thematic gesture. The work is a critique of American public response to racial trauma. The way the figures in Field | House are presented feels like an afterimage. The use of red and green enhances this effect by overwhelming the cones of the eye. From my interview with Wallace:

Isoluminant colors create a visual perceptual tension because of their highly similar luminance. From there, I investigated further some of the ideas I had already been exploring with the work, including literal and metaphorical perceptual shifts by incorporating methods of illusion making. Thus, to bring the piece into a new dimension, and to reassert power and change the iconography, I decided to examine and present color in its more accurate, abstract form. 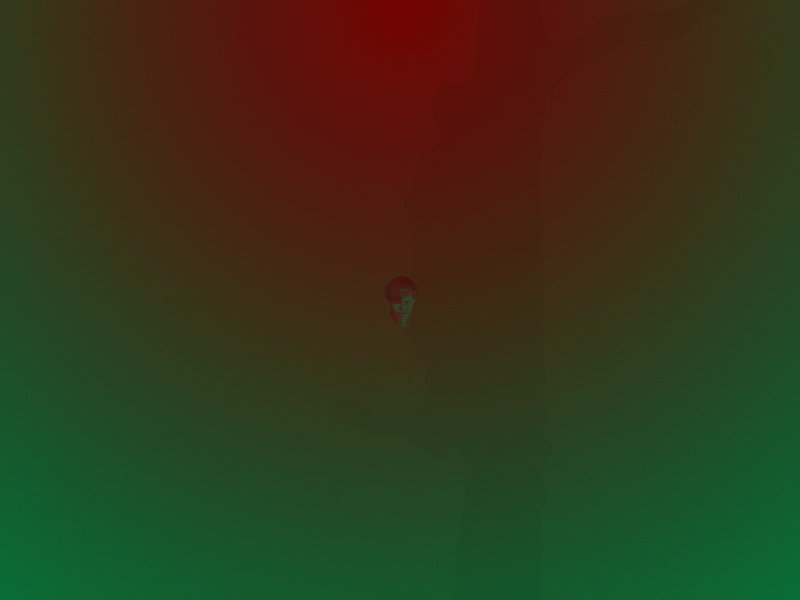 Wallace uses the red and green palette as an abstract, alternative stand-in for skin color, which is loaded with historical reference to Black activism. The use of red and green in contemporary artwork related to racial trauma in America is not without precedent. In his Recoloration Proclamation, contemporary time-based media artist John Sims reimagines the Confederate flag in various different and symbolically significant color schemes including red and green. Sims describes this project as being about “visual terrorism, respect, and collective social self-esteem issues.” His use of red and green to alter, abstract, and claim an iconic symbol of racism and segregation is a powerful affirmation of not only Civil Rights and social justice, but also of the power of the Black voice in contemporary art. Likewise, Field | House’s use of color abstraction as a political tool is very successful.

Like Sims, Wallace uses color as a gesture toward activism. She describes this usage, The red and green colors relate to the text, but also color perception. Activists and artists during the Black Power and Black Arts Movement were proposing paradigm shifts surrounding racial color perception and performance. This use of abstract color as an intervention brings the viewer into the work on a sensory level. Wallace’s technique is important because of what Sharon Patricia Holland refers to in The Erotic Life of Racism as the everyday and profound ordinariness of racism in contemporary America, and the failure of white Americans and theorists to understand and address the pervasive quotidian practice of racism in causal, social, intimate, and political daily interactions. The subtlety of abstraction draws the viewer in with the intense colors catching their attention, and the content of the images reveals its meaning as the viewer stays with the piece. The allure of the Troxler Effect and the isoluminant rhythms keep the viewer engaged.

Wallace presents the images in Field | House as silhouettes that fade in and out from contour outlines to more detailed depictions. This use of silhouette   brings to mind Kara Walker’s still installations and time-based media work. Gwendolyn Dubois Shaw describes Walker’s use of silhouettes as expressing  “a void: an unknowable black hole, a kind of blank darkness” in her book Seeing the Unspeakable. Wallace engages with this visual concept in a different way. Her silhouettes are light in hue like a fading memory rather than Walker’s riff on the iconic Victorian portrait technique of cutting black paper. Wallace’s contours make the viewer question what she is seeing and how the juxtaposed images that swirl into frame or gradually transition from translucence to opacity relate to one another. They are less solid, but terrifically memorable. Rather than referencing an unknowable void, Wallace seems to be telling us we should know. These are not fictions; they should not fade from memory.

The swirling heads of Dylann Roof and the lynching spectator appear in the center of the projections in Field | House, and act as a stand-in for the crosshairs in the psychology study where the participant stares at the center of a color field waiting for stimuli to appear. This technique is a clever way to introduce foci, and counter the way our minds have become used to the oversaturation of images. Wallace gives the viewer a focus or a target, but it is a moving target. As the heads rotate, the images of Jesse Washington and Bree Newsome fade in and out of the picture.

Amanda Wallace utilizes her depth of knowledge of psychological techniques, color theory, visual perception, historical and contemporary racial trauma, and her personal narrative to present fresh and engaging work that addresses contemporary political and social themes in new ways. Field | House fits perfectly into Deep-Time Construction with its examination of the ephemeral qualities of memory, perception, and color.