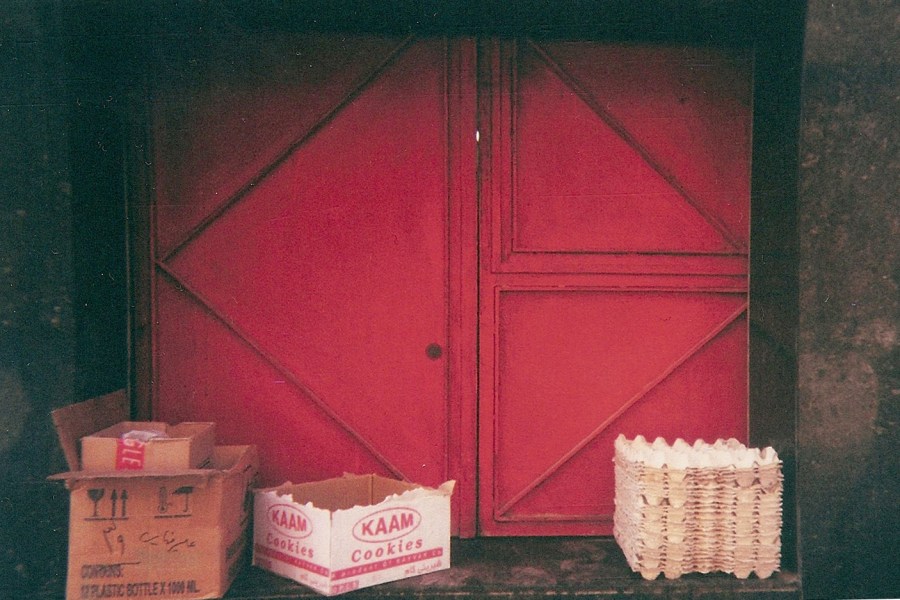 The question of aesthetics is a question of decisions: what makes a maker choose one thing over the other, one topic, material, medium, angle of approach, display, etc. over the many other possibilities. Whether these decisions are structural or “unconscious”, or an attempt to do away with those structures, aesthetic decisions are deeply and inherently political. There are many factors that influence these decisions in an artist’s creation and similarly the decision not to create. As an artswriter, besides and as part of this query I am particularly interested in how and to what extent pain, trauma and emotion inform the way that such decisions are made in an artworker’s practice: artists, curators, and artswriters alike. How does physical and emotional pain in the forms of abuse, social and economical inequalities, exploitation, and violence from one’s lived experience shape one’s ideas about what art is, and what it is supposed to do; as well as what art to see, support, exhibit, purchase, sponsor, curate, and write about, or completely avoid, protest or boycott.

Similarly I am interested in the degree to which an artworker is aware of, or interested in exploring the material ramifications of the art, curatorial endeavour or writing they pursue. This is not necessarily to assume a “mission” for the art or “expect” art to “create change” by “engaging in communities”, etc. It is rather to ask if there is an interest, on the part of the producer to take into account, gauge, and trace the material effects of their production on the lives of those who experience it.

The term “emotional labor” is helpful in this context as a phrase that from the get go materializes emotion in the form of labor. The labor of the emotional is one that is not attributed a fixed value, it is rather a verbal acknowledgment of the materiality of feeling and emotion, and what it takes or means to “control” them. It is also the acknowledgment of the way emotion indexes and marks the material body, whether that index or mark is visible or invisible.

contemptorary is a site of constant self-reflection

When Eunsong Kim and I were discussing the idea for this forum, speaking of emotion and its relationship to being the writers we were, had been an integral part of our relationship and writing collaboration. Choosing “contemptorary” as the name of this project was a way of questioning that dichotomy because for us it was impossible to think about one without the other. As we talked more about the kind of artswriting we were envisioning for our website we formed some of those ideas in a short text we wrote about us.

I spent the weekend of Oct 22 at the Common Field Convening in Miami where I participated in a panel on “Publications” with our colleagues from the Temporary Art Review, Pelican Bomb, The Miami Rail and independent scholar José Luis Falconi. I took some notes during and after the convening, on my flight to Miami and on the way back home to Los Angeles. Reflecting on our “Publications” panel and the many other great and difficult conversations that I took part in over that weekend, and reflecting on contemptorary’s life since March 2016, I have been thinking about:

How have the aesthetic i.e. political decisions of other artworkers affected my personal life, my art practice and my writing? To answer this question I realize that my motives for writing is generally divided between two strong modes of feeling: hurt and love. It is inconceivable for me to not think of writing about art that hurts: me or the ones I love. And my loved ones are those who have deeply influenced my writing, those whom I think about many times in a day even if I have never met them in real life, even if I have simply made a one-way relationship with their thoughts through their art practice or writing. Love and support are inseparable from criticism where one volunteers one’s labor to explain why certain practices are harmful to the most vulnerable ones: women and queers of color, indigenous women and queers, the poor, the undocumented, the political and social refugees. As a writer with a strong investment in pedagogy I believe in offering criticism that is written through feelings.

Criticism that works for the maintenance of the status quo, for profit, that advocates for violence, exploitation and harm is betrayal. As a field, as a “community” of artists and artswriters we have simply not tried hard enough if a major contemporary art museum–right now–uses the word “controversial” in their statement to explain art that only needs one phrase to describe: racist appropriation.

We started contemptorary in a format that allows for two things: the criticism of the status quo, as well as deep analysis of artists’ works that we find truly inspiring and genuinely innovative because we believe they are equally important. This structure, first allows for the criticism of problematic and the damaging art to be contextualized in direct relation to the works of those who address the exact same struggles on a daily basis and incorporate that into their art practice. Second, it acknowledges that in the economic model of the contemporary art world, there is more than just “cultural” capital at stake when an artist gets selected for an exhibition or biennial, or when an exhibition gets press attention or a write-up. This capital often comes at a concrete or speculative price that may translate into other gains. The price is not just the auction sale house and gallery or collection retail value, but invitations to MFA programs’ artist talks, exhibitions and biennials, tenure-track and tenured salaries at the same time that still the absolute majority of MFA faculties are cisgender, white men in the U.S. What we may take for granted is that these economies are interconnected while opportunities and resources are limited. Complacency and silence towards art produced by the ones in power that hurt only the most vulnerable is complicity in maintaining existing conditions–a crisis–and inflicting more harm.

I started contemptorary with Eunsong Kim because the voice of contempt in both of our practices was urgent. But I also started it for the overwhelming amount of love that I was feeling for my peers, for Eunsong and her writing, for the numerous women and queers of color whose practices have deeply influenced me, whether or not I have met them, whether or not they are alive, whether or not they know how much I admire them. This is to say: I love you and and I learned how to love from you.