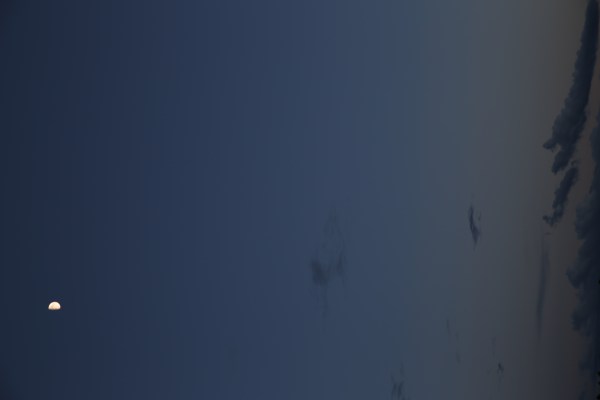 This year has been a year of obfuscation, of debates that aimlessly feint, of the personal political transferring into the politicized brand. It has been the year of exhaustion, it seems.

This year I wrote a lot of cover letters and quit most of social media. I dedicated my time to writing longer articles, investigation pieces I felt needed tumultuous footnotes. And launched contemptorary, my favorite thing in the world, with Gelare.

In thinking about 2016, I’ve been mulling over how this year also marked some of the largest contemporary protests lead by Asian/Asian Americans. In the spring of this year, thousands of Asian Americans protested in defense of Peter Liang (of course, there are those who didn’t, and those who wrote against it, but in terms of mobilization, this was not the larger team)–who was eventually sentenced to 800 hours of community service and 5 years of probation for murdering Akai Gurley.

In similarity, Latasha Harlins’ murderer received 5 years of probation, 400 hours of community service, and a $500 fine in 1992.

While reflecting the Liang protests all year, I’ve been reading Bitter Fruit by Claire Jean Kim, which is about the Black-Korean conflict in the 90s in Brooklyn, New York. Kim lays out the power dimension of the conflict as not having two equally relevant points of view, but rather as overlaid and suppressed processes foregrounded by racial violence (that Asian Americans have politically advocated for, to maintain their positions). A marginalized group works against white supremacy, but the fight against white supremacy does not always equate with the fight against antiblackness.

Kim writes that in thinking about these case studies, the dynamics of racial power must be accepted. She writes, “…accepting the truth about racial power is not fatalistic or pessimistic but realistic: Realism of this kind is empowering. We need to know what we are up against. We need to acknowledge that racial distinctions and inequalities, embedded in our society for centuries, cannot be wished or educated away. We need to understand that they still constitute us most profoundly as a society and as individuals.”

And writing concretely about the Liang trial and protests, Kim states,

“That Asian Americans experience discrimination does not secure their innocence. Nor does the fact that their privileges and immunities are not as complete or robust as those of whites.”

The categorical claim of Asian American formation moving forward, I think, I believe, must contend with the reality that the largest community mobilizing force of 2016—of the last 10 years at least—was the RIGHT Asian Americans felt not only to be socially and politically anti black, but to perpetuate and be acquitted for antiblack violence. This is not a minor note, but the most important conversation to have moving forward.

The political organizing, lack thereof, and the political events of 2016 has pressed: how to write about protest, expression, and representation, right now and in the future? How to contend with art publications who treat political catastrophe as only “that which affects the art market” and nothing else? How to continue having the same conversations about “race” and “diversity” and “art” without erupting into flames or cynicism? How to connect with and celebrate artists and collectives who protest and rupture their institutions without collapsing the variegated labors that are witnessed as disobedience?

As 2016 ends I keep wondering, do we really want 2016 to end? The pending awfulness of 2017 will produce its own vocabulary. A satirical dystopian world without an exit where all media outlets turn against us to normalize neofascism, where we depend on the tweets of the dictionary and platforms such as Teen Vogue / Elle for critical language concerning contemporary racial politics—where many of us continue to “debate” whether or not historical/hypothetical violence have been necessary in liberation movements—while the police continue to murder unarmed members of Black and Brown communities and the US remains indignant in their approach to expand their military presence internally and around the world. Oh. And I guess the whole, colonize mars things is in action forreal too (of course, in order for this to be possible, global warming funding will be cut). 2017 seems like a space where the debate will exacerbate with their material realities expanding. I’m not ready for this.