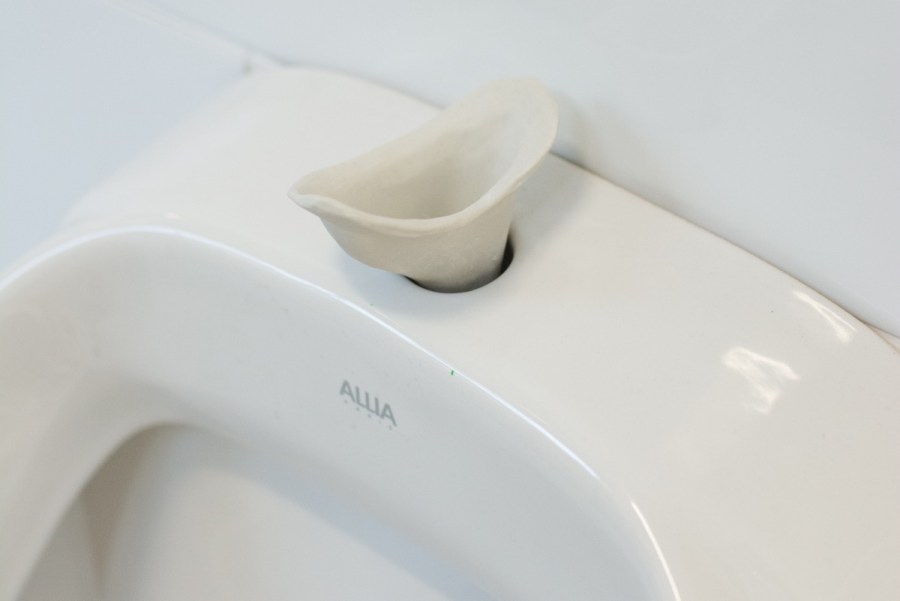 In Paris and in the Middle Ages sewage—human and non-human waste—was routinely dumped onto unpaved streets before working its way to the River Seine, from which people drank directly. Throughout the nineteenth century, sanitation extended far beyond Parisian urban development, into colonial governance, and serves today as a tool for imperial control. Pleating health, sanitation, and territorial administration into political power are current actions in the U.S. around pollution and sewage floating along the Tijuana River, which runs across the U.S. border. In step with this logic, sewer systems tell us something about borders—ports of access, manholes, passageways—and about a veritable contact zone between health, citizenship, and dissent.

Piss and shit gather in our bodies, exit through specific ports, plunge into other bodies of water, and tunnel through an elaborate infrastructure designed to convey sewage and wastewater through pipes. Crucial, is their mobility. In ‘Of Imagination,’ in Leviathan, Thomas Hobbes speaks of mobility in a slightly different—though not unrelated— way: “that when a thing lies still, unlesse somewhat els stirre it, it will lye still for ever, is a truth that no man doubts of…” While Hobbes is warning against a kind of intellectual stagnancy, he is not saying we should mobilize piss and shit. The artist Candice Lin, however, proposes a version of this. Using drawing, sculpture, video, and installation, Lin’s highly complex works question human and non-human historical complicities in narratives of colonization, race, and gender. Of the many materials she engages in her critical inquiries—from graphite to parasite—I will take a closer look at her use of piss, and particularly, of piss set in motion. 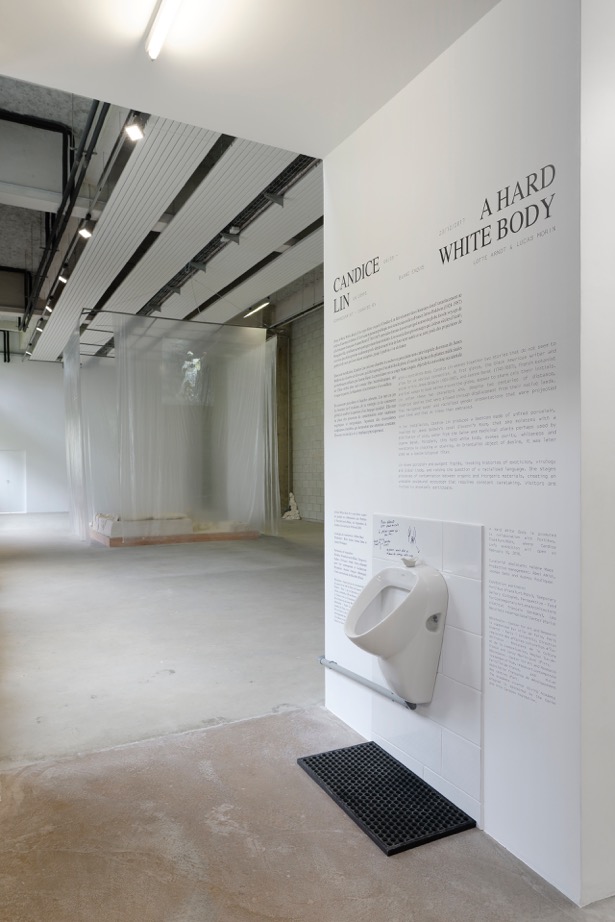 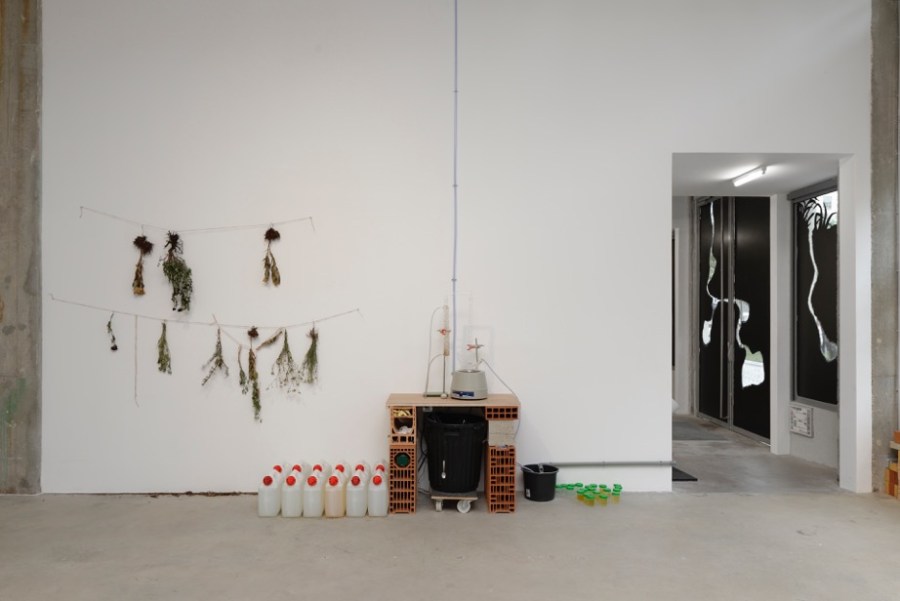 Candice Lin’s recent show at Bétonsalon in Paris, titled A Hard White Body (Un corps blanc exquis), examines narratives of race, gender, class, and sexuality through the lives and stories of James Baldwin and Jeanne Baret, as well as through non-human actors, such as porcelain, plants, and glass. The installation includes a video on Lin’s research on plants, materials, and histories of their use in narratives of race and gender; research documents atop a short wall made of bricks; plants throughout the gallery; intricate drawings; and larger drawings that cover the windows of the gallery, occluding parts of the exhibition from the outside while introducing other elements to the inside, namely a life-size drawing of a white body with plants growing out of its stomach; a bed made of porcelain, and a filtration system. Welcoming visitors at the entrance of the gallery is a urinal connected to a distillation system that processes urine from the urinal and combines it with distilled water and water from the nearby Seine River. Tubes cross the gallery walls, feeding into a set of sprinklers that every hour mist a room that is curtained off as if it were quarantined. The room is based on James Baldwin’s novel, Giovanni’s Room and is replete with mugs, bottles, domestic debris, a bed—all made of unfired clay. In misting, the filtration system (further assisted by gallery workers who spray the room by hand daily) assures perpetual change, a resistance to permanence, to a fixed solid state. An ingredient in making gunpowder and teeth whitener, urine has long been used for medical diagnosis (uroscopy) and divination (urology). Drawing from the medical use of urine analysis in ancient Egypt, India, and Babylonia, medieval European medicine, which was based on the fluid system, identified health with urine “thick and white like a man’s sperm,” or disease such as diabetes, Sweaty Feet Syndrome, lovesickness, or anger: “But if the sickness arises from anger, it makes for a fever that is great and savage.” 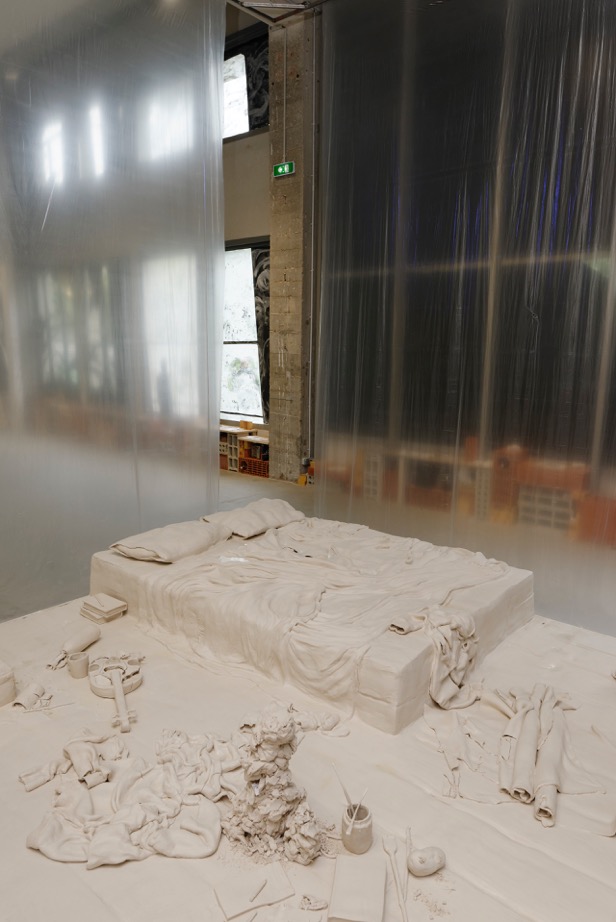 Getting pissed, having rage: piss in motion is a prime ingredient of resistance to that which keeps us still. In Bétonsalon’s exhibition publication, Lin speaks of the ocean as holding space, as memory, where water embraces and disappears bodies thrown overboard from ships, and of liquid as it relates to condensation and breath, and to mold that destroys plant matter, ultimately “making the ink in archives ‘bleed’ so that the handwriting is no longer legible.” In Lin’s work, liquid, then, offers possibility; in its potential to erase, it does something else. Lin says, “I think of liquid as caretaking, as moisturizing, as keeping something supple and tender, able to bend. Liquid that keeps something fed, growing like a plant, or in a state of wet potential: unfixed, unfired un-certitude.” Once distilled, urine no longer contains urea, its toxic component, which then makes it mostly sterile. In considering its passage from toxin to tonic, I am reminded of the 15th century Swiss doctor of toxicology, Paracelsus’s famous maxim: “sola dosis facit venenum,” “The dose makes the poison.” When outside the individual body, urine is, for the most part, sterile, though it retains the potential to piss on or off, to intoxicate, anger, or trouble the otherwise clear liquid of a larger social body, because, as Alexis Shotwell writes, “We are and of the world, contaminated and affected.”

Candice Lin previously worked with urine during her exhibition, The mountain, at Commonwealth & Council, Los Angeles, which brought erased histories of violence and colonialism together with nourishment. On glass panes with detailed drawings were terrariums that housed living silkworms, plants, dried bacteria, fungus, and putrefied artifacts. Much like piss at Bétonsalon, the piss Lin worked with at Commonwealth & Council was communal. Before the show, she held a dinner in the space where she fed and hydrated her guests, collecting their urine in return. She amassed 15 gallons of piss, which she then distilled, and used to hydrate two types of mushrooms that were cultivated during the exhibition: one type enhanced memory and the other, the immune system. Both the individual and the collective bodies are potentially serviced by these mushrooms, whose livelihood depends on the piss-moisture from the community of people, who, then, lend their liquid bodies to the social architecture of the exhibition space in which the mushrooms were placed. Having more to do with community and large amounts than with small doses prescribed to a singular body, access to memory becomes a shared experience through the liquified, “bleeding” ink in the archives, as Lin might have it. 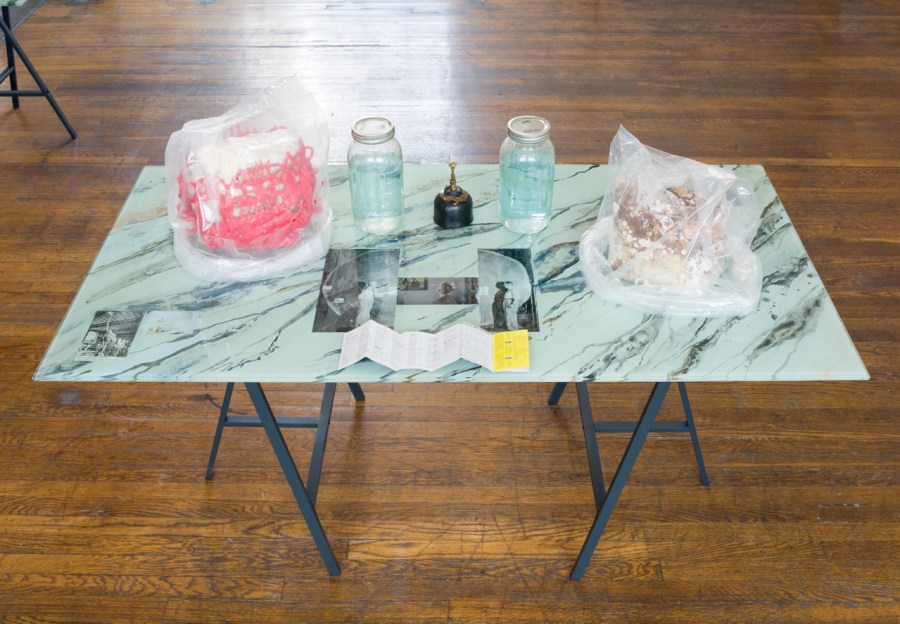 Inextricable from classification systems and discourses of purity that frame racial, gender, and class hygiene are the materials used for filtration. Lin engages materials as containers for histories of race, gender, and class sanitizing. Resting on the urinal in Lin’s show at Bétonsalon is a funnel made of porcelain, a reference to one often used in Louis Pasteur’s studies. As Lin details in her text for the exhibition publication, Pasteur and his assistant, Charles Chamberland, developed a porcelain Pasteur-Chamberland filter, which allowed them to identify toxins that made their way past the filter, such as tetanus and diphtheria, subsequently establishing the field of virology. Lin’s funnel, however, was used as a Stand-To-Pee device to assist guests at the urinal, either in the gallery directly or at their discretion in a bathroom nearby. That the funnel is made of porcelain links race to gender in crucial ways. As Lin points out in her writing, Europeans in the 17th and 18th centuries used Chinese porcelain, which they saw as a “pure white body” because of its impermeability and resistance to stains from liquids like coffee or tea, to filter water. Porcelain, in Lin’s work, however, does not solely serve as a metaphor for racial purity politics: the porcelain funnel Chamberland and Pasteur designed was also used in the colonies to filter drinking water where standing water was considered a cesspool for bacteria and waterborne disease, disseminated via insects like mosquitoes. Lin recuperates materials such as porcelain, which she then uses to flood the distillation process with piss. 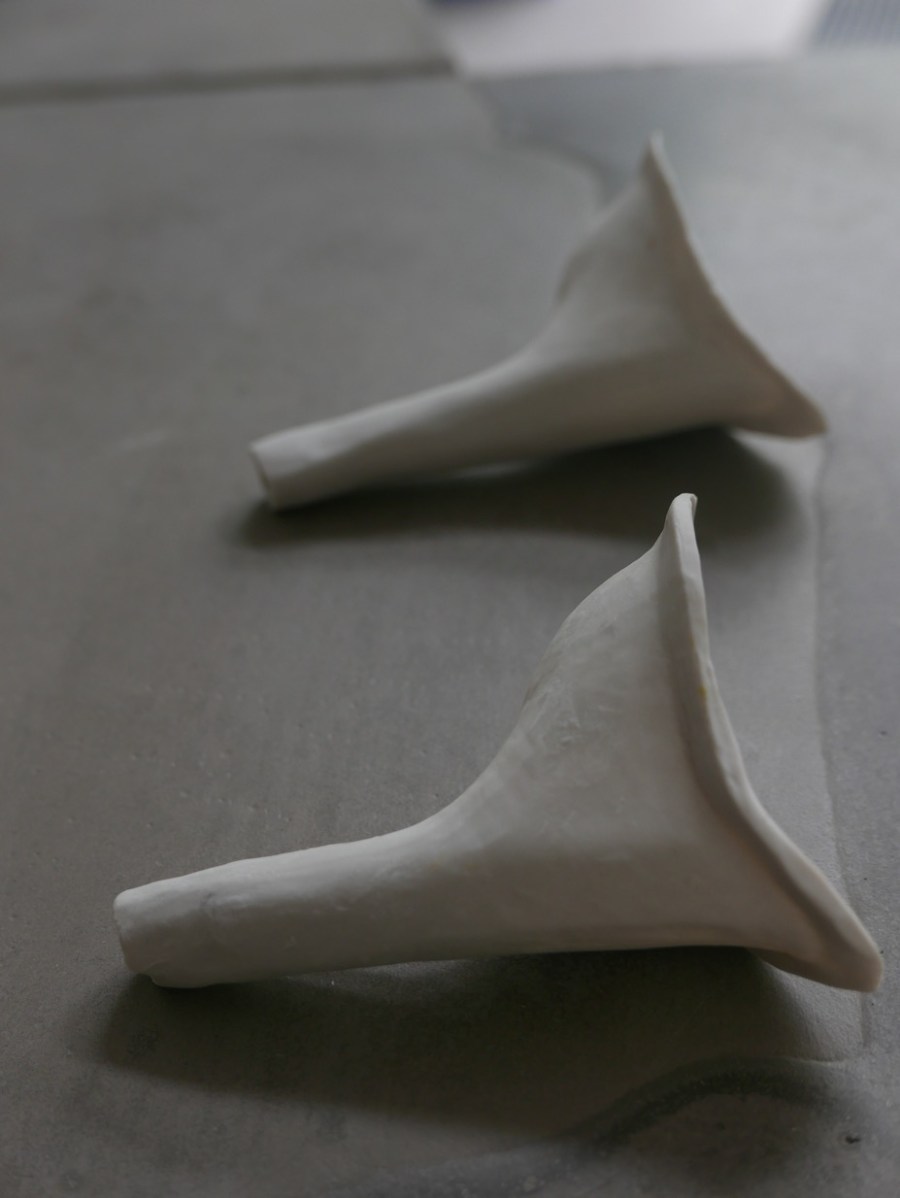 Lin reminds us that histories of race and gender do not become sterile over time. By sampling water from the Seine, from willful pissers, or from dinner guests, and using those same liquids to maintain and care for something or someone else, she deploys piss as a form of pastness. Like time, history is neither fixed, universal, nor fair. In re-inscribing materials within their histories of race and gender, Lin restores that which is often invisible to the gatekeepers of dominant concerns, interests, and beliefs, to an archive that might not have been designed for it. 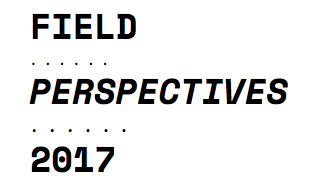 This essay was commissioned by contemptorary as part of Field Perspectives 2017, a co-publishing initiative organized and supported by Common Field as a part of their Los Angeles 2017 Convening. Field Perspectives 2017 is a collaboration between Common Field and arts publications ARTS.BLACK, Art Practical, The Chart, Contemporary Art Review Los Angeles, contemptorary, DIRT, Pelican Bomb, Temporary Art Review, and X-TRA. Partners each commissioned a piece of writing that aims catalyze discussion, dialog, and debate before, during and after the Convening.

Dan Bustillo is a writer and artist based out of Los Angeles. Along with Joey Cannizzaro, they founded and host the Best Friends Learning Gang.Through research, writing, and collaborative work, they investigate structures and dynamics of power, the U.S. security state, and surveillance culture.