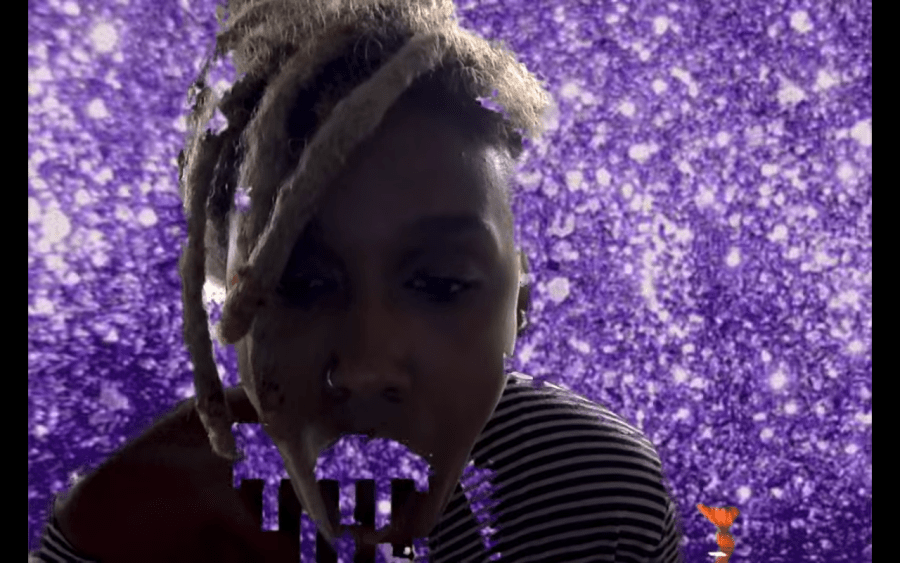 We want to obsessively discuss the artists we love, support: who we think should fill up everything and everyone. E. Jane is one such artist for us. E. Jane is a multidisciplinary artist residing in Philadelphia. We first heard about their work because of  #cindygate–a badass, performative twitter teach-in that is now web archived. Did you know about Cindy Sherman’s blackface series from 1976–sold for $206k and counting? Now that we know–will educators, students and practitioners of art be asked to grapple with the whiteness of Sherman’s infamous Untitled Film Still series? Gender and performance and…what is it–whiteness? #cindygate was direct and impactful and blistering. We wanted to know more.

Of course what we found was that E. Jane was and is a prolific artist and writer. Their searing critique of white-status-quo-art-smmart-“art” was one component of the many, many ongoing projects in their oeuvre. Such as: NOPE (a manifesto) that declares:

Knocking down forever (we hope) notions of simplified identity as making artwork somehow more accessible and knowable, NOPE (a manifesto) is the first thing that appears when one enters E. Jane’s site–positioning E. Jane’s work and providing direct framing for viewing the art displayed inside.

Such as #Mood Exercises:

Which exists online as an ongoing, woven, documented performance series that captures the ambiance, the environment of the body of the artist. #Mood Exercises read like quick sketches, and at the same time, as continuing meditations concerning Blackness in space. #Mood Exercises uses a green screen in its documentation–and shows us what the graphics, what the algorithms detect as skin, background, light. Much has been written about how photo history is racist, and digital photo/video history is obviously not better–only worse. In E. Jane’s #Mood Exercises, there is so much said in the gesture of utilizing what needs to be corrected from technology as one’s aesthetics. And the crawling into the body, background grainage is something witnessed in many of their projects: the melding of technology, politics, aesthetics into a vision like none other.

I thought of your work in particular–both your web feeds and your work– because our first feature is around the “freedom” and how the construction of US freedom is predicated in chattel slavery, settler colonialism…and the ways artists have grappled with the violence of this construction. There’s an essay that I co-wrote with Maya that will be in this issue that argues that mainstream art critics really believe that “art is for the free” but we argue what they mean is: the freedom to oppress others as “art” –cuz that’s actually what art means for them. while researching this essay it was exciting for me to read your “Nope (a manifesto)” — what led you to write this, what was the process?

The manifesto was initially a facebook status update. Like a lot of the theorists/artists I look up to, I’ve begun using the status update as a place to write when the words feel immediate and when i want to speak directly to people. It has been helping me write to publics rather than to myself which I’ve found is not as useful to the people I wish to engage with. I was responding directly at the moment to someone saying that my work was interested in identity and representation when writing about #cindygate. Those words felt/feel very generic to me, and I wanted to get specific and to express the notion that many are taking up, namely that identity and representation are not enough/are only a first step and has not saved Black folks as a whole yet. I was also deeply moved after going to a Fred Moten’s lecture on Blackness and nonperformance at MoMA, both because of the lecture and also because of who was there. I only really realized when I came home and checked social media that many of the artists I looked up to were in that room, people I never dreamed I’d see (Glenn Ligon, Coco Fusco, Saidiya Hartman, to name a few), let alone sit in an auditorium with, especially an auditorium at MoMA. In that space, art intersected with the practices of the Baptist Church for me: I had not seen that many Black people in attendance of anything so comfortably since being in the Baptist church as a child. I realized that the theoretical lineage of Black artists and thinkers I felt a part of was also capable of taking up physical space. That really emboldened me to write something like NOPE.

wow that’s amazing. thank you. i mean the whole manifesto is explosive

To clarify: Saidiya Hartman is an academic (i meant artists and theorists)

oh yes–i love Hartman’s work. I think you tweeted part of her lecture–“A GLORIOUS NOBODY HOVERING AT THE END OF THE WORLD” was part of it if I’m remembering correctly

Yes! And thank you

so powerful. i’m sorry that someone said that #cindygate was about identity and representation. Is blackface and the critique of blackface in “art” exclusively about identity? I think basically this is what we should say to all white male painters from here on out. hey your work is about identity and representation i guess whatever. how infuriating. I think it’s particularly infuriating because identity–is clearly a racialized term that critics, and other artists throw around when they don’t understand what’s happening, or they are unable to grapple with the politics/positioning of the project. whenever someone says like, “identity xyz, or identity politics” I usually think of it as a projection of insecurity based in superiority, revealing how little the person engages with critical race theory, Black studies, gender studies–also what does it mean to consistently use a term that artists do not use to describe their own practice? it’s such an act of cornering. anyway, not the point, but thank you. I am really intrigued by the idea that art and performance situate a Black space, a Black genealogy. for me, your #mood exercises invoked this, but also your Sandra Bland posters (Is this how you would describe them?). Once you posted a link on facebook and stated that “The archive will remember”–I wanted to ask you about this, your situating of archive here–I thought this statement was incredible. were you speaking about lineage, how clusters of the web and their reports are now interacting with this lineage?

I’ve been finding that the notion of “identity and representation” as an almost category of art making is both a violence, particularly when used inside of white supremacist spaces to dismiss or police the art of people of color, to allow questions like “Well, how is this about Black people? It doesn’t seem very Black” and for some Black artists it is still a goal. Academia moves slowly, and identity and representation were radical notions at one point, like when bell hooks wrote “eating the other”. The writer who said that about me was brown and I think she honestly thought she was using the right words. But given what we’ve learned, especially since the death of Trayvon Martin in 2012, it feels necessary to write new goals and to mark a territory. The old goals have been reached by some (in some ways), but maybe don’t help as much as we thought they would. The statement about the archive was related to a conversation I’ve been having with Elle Perez about the role of an archive and how things cannot be written about and cannot enter history books if they haven’t been kept or remembered. I think the social media feed now helps construct collective memory (for the 40% of the world that has access to internet). If this is so, then maybe the feed can be manipulated in a way that helps manipulate the collective archive that eventually becomes history.

wow yes. and yes. there are strains of non-white thinkers and artists that genuinely believe visibility based inclusion is a political goal… and that categorical inclusion or certain identities and their representations is what “we” –the big umbrella–are striving for… this will all have to be teased out. it will probably be painful for those most invested in this version of things.

okay so I feel like I can rant/talk to you forever but I wanted to know if you could describe a few of the ongoing/new projects that you’re working on– and the ways you hope to be supported. or the ideas that you’re grappling with–pushing. or anything else about your continuous work that contemptorary can highlight and share?

sure. Lavendra/Recovery is an iterative installation that I’ve been developing and will be showing again at my final at school and then in New York starting early August at Knockdown Center. Here are some photos from the first iteration. Right now I’m thinking mostly about how we define sex work and how that’s used to police and judge certain bodies, especially Black women trying to navigate systemic oppression and violence and trying to imagine spaces free of those judgements. In line with those thoughts, my alter-ego Mhysa just released an EP called Hivemind in February and the lead single is a cover of Sade’s Jezebel.

E. Jane (E_SCRAAATCH) is a Black woman, artist and sound designer currently based in Philadelphia, PA. They are thinking about safety, futurity, cyberspace and how subjugated bodies navigate media/the media. They have shown recent photo, performance and sound works at The Kitchen in NY as the other half of art duo SCRAAATCH, Various Small Fires in LA, Little Berlin in Philadelphia and all over the internet. E. has a degree in Art History with minors in English and Philosophy from Marymount Manhattan College in New York and is currently finishing the final semester of their MFA at the University of Pennsylvania.