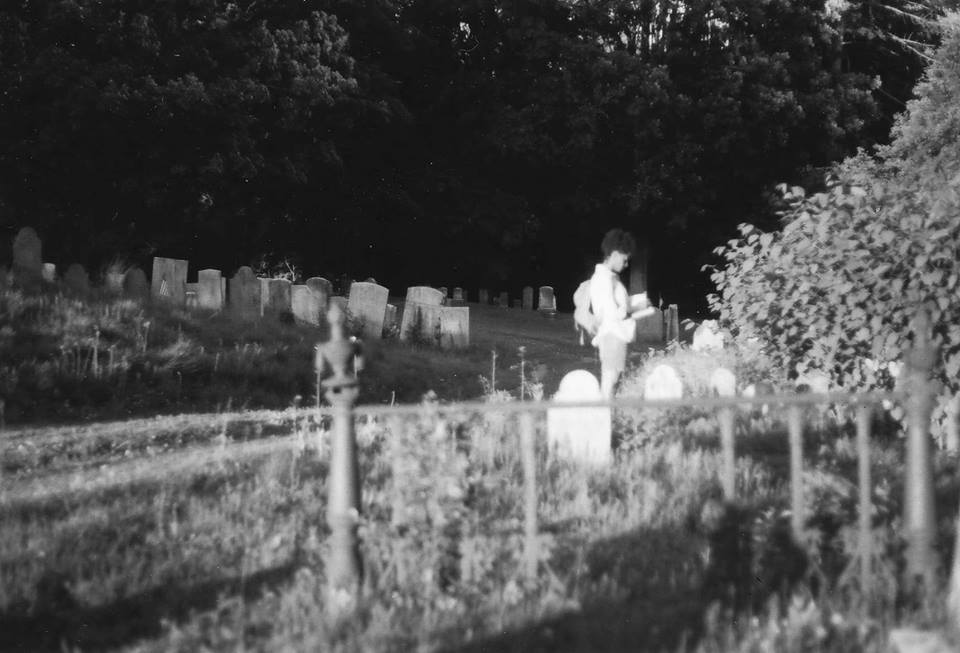 1. Discuss Wendy S. Walters’ essay, “Lonely in America,” about the slave trade in New England with a group of undergraduate English majors. Watch one of their faces transform into a wide-eyed fire stare.

2. Talk to a student after class next to a dumpster about how she didn’t realize that it was an option to grieve for black pain after eighteen years of life in white skin. Smile at the tone of incredulity that mounts and mounts in her voice. We’ve got a live one.

3. Cry at a creperie with your colleague, Jillian, the only other black person for miles, while trying to describe the end of the Eula Biss essay, “All Apologies,” where Biss says, “I apologize for slavery.” Design a road trip together for students that involves slave memorials and black conceptual art.

4. In Portsmouth, New Hampshire, reread Wendy’s essay in a coffee shop at the same time as Khanh San. Keep looking up and saying quotes at the exact same time by accident. For example, say in unison: “Hearing that Africans were buried beneath a public street in a small coastal New England town gave me a new context to reconsider what is obvious and how one might learn to live with it.” 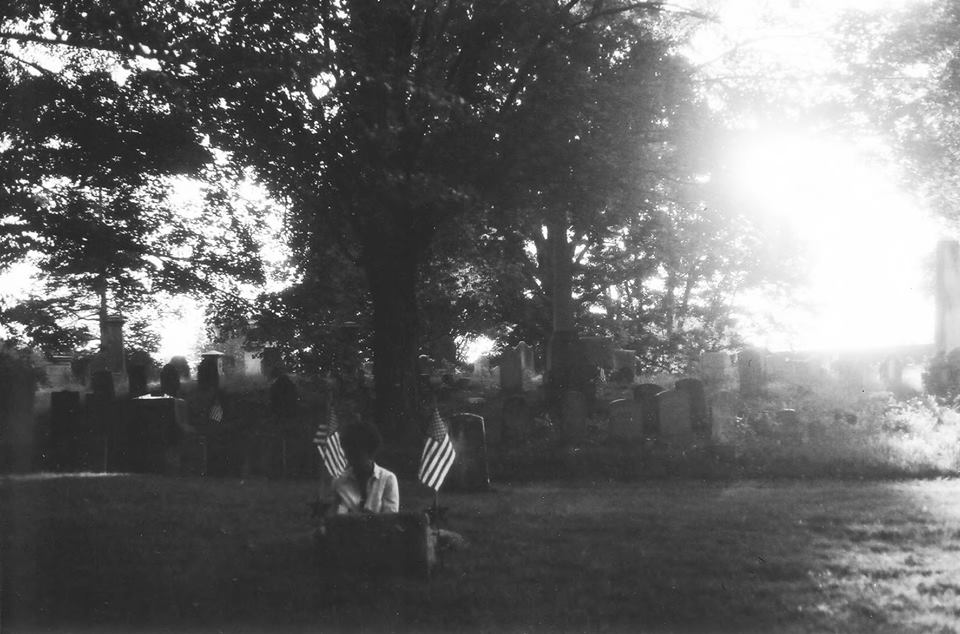 5. As you approach Valerie Cunningham, your Sankofa tour guide, co-author of the book Black Portsmouth, and founder of the Black Heritage Trail, ask your student, Avery, to sing the Amy Winehouse cover “Valerie”. Valerie is wearing a v-neck tee shirt and soft clogs, and she is either sweating or crying and is very much a queen.

6. During the tour, jot down the following in your notebook: “Fifteen-year-old girl in exchange for some lumber.” “Where might she go?” “I didn’t want to spend time researching white people’s houses.” “So here’s the long wharf where Negro boys and girls could be sold.” “Nigger shoes, flat, cheap, leather shoes.” “Shoe factories have been renovated to be artists’ studios.” “Ona Judge escaped the presidential White House, came to Portsmouth.” “Ona had three kids who died before her.” “Valerie you have to get to Chestnut Street they found something.” “And then my heart jumped.” “A manhole six feet down struck coffin board.” “Bones were not complete bodies.” “You don’t want things rattling around in there.” “Ceasar, Newport, Dinah, Nero, Venus, Flora.” “Someone’s in the kitchen with Dinah?” “Probably.” “Like pets.”

7. Enter the Seacoast African American Cultural Center. The white woman at the door will tell you, “If you can guess what the big lobster upstairs is you can have it.” Walk upstairs to see Khanh San holding a giant pink chopstick: “Guys, I think it’s a coffin.” You are standing in front of a pink lobster coffin that your students have disassembled. It is next to the diorama of the Sankofa slave memorial. “Can this be right?” Everyone keeps asking. “CAN THIS BE RIGHT?” When Khanh San tells the woman downstairs that you’ve all guessed it, it’s a coffin, the woman explains that it was made by a visiting Ghanaian artist and yes, you can take it home if you want. Nothing makes sense.

8. Decide that you will find a place to stay “based on the kindness of strangers.” Begin driving in the direction of the nearest exhibition of black art. This is just under two hundred miles away.

9. Read a Hilton Als article about Kara Walker to your students as a bedtime story. Sleep in Vermont. Wake to fog rolling in over a lake.

10. Go to Williams College for the exhibit, “African Art Against the State” and have the students peek at a Kara Walker print in the Object Lab. 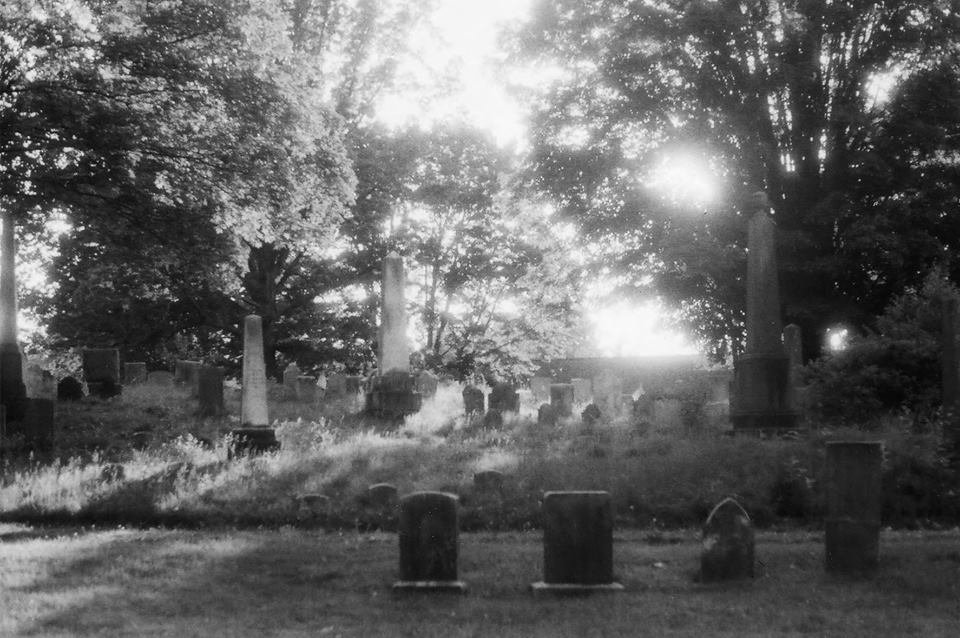 11. See three Vogue-like photographs by Fabrice Monteiro as part of The Prophecy series, in which thin black women emerge in triangular shapes over dead birds, foliage, and multicolored trash from an ocean or a burning desert or a smoldering landscape with black plastic bags hugging their faces, staggering, offering green foliage upward.

12. Look at masks by Romauld Hazoume made with discarded, burned, melted and ripped up jerrycans, pocked by ash, the “mouth” of the bottle opening off to the side.

13. Drive to Amherst. Walk around Emily Dickinson’s property even though the museum is closed. Look in the windows. Say over and over again, “Wild Nights WILD NIGHTS.”

14. Walk from Dickinson’s house to West Cemetery where she is buried. Walk straight past Emily Dickinson’s grave with Jillian in search of the graves of African American Civil War veterans.

15. Laugh about the possibility that it is that overgrown hill over there.

16. Ask a white woman wearing a shirt that says “Education” on it where the black graves are. She will say, “Where you’d expect them to be.”

17. Walk to where she pointed and realize there were graves even beyond what you thought was overgrown. Avery is singing “Oh, sisters let’s go down,” softly, under her breath.

18. Wade through weeds as thick as bamboo, taller than you are.

19. Stand with your coterie feeling, as Jillian says, “gobsmacked.” Cam wants to come back tomorrow with a machete. Avery points out that a grave says, “Amidst life, we are in death. Stop reader, and learn to die.” A small red spider crawls on your notebook. Behind a wall in the apartment complex behind you, a young man asks, in an exaggerated Southern accent, if someone is smoking reefer in the graveyard.

20. See a grave for Erasmus, surrounded by tiny purple flowers.

22. Watch a man take a photograph of a woman eating pizza in front of cat graffiti in an alley.

23. Sleep in somebody’s backyard. Their neighbor walks their dog around the house without saying hello, saying “woahwoahwoah” as the dog barks and lunges. There are blue-lit dolls in the neighbor’s window. 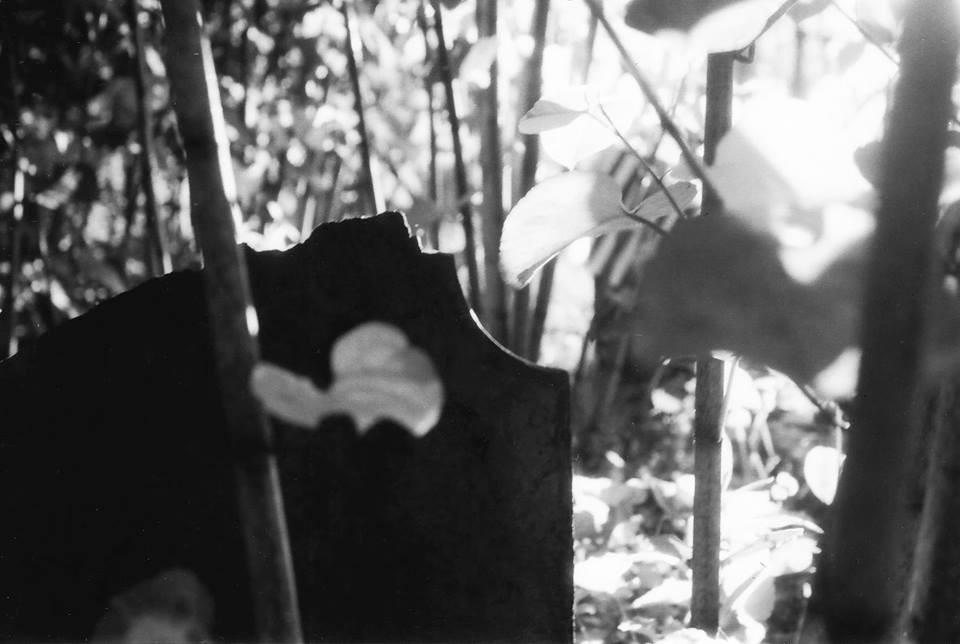 24. Drive to New Bedford. As you get unlost, Liz talks about the emotional politics of working with cadavers. Visit the visitor’s center across from the whaling museum where a man whose body language has just a hint of Stuart from MAD TV explains the relationship between whaling and slavery. He concludes his spiel by saying, “What can I say? America is a complex place.” The memory of this utterance will give Liz a giggle fit for weeks on end.

25.  Stand in front of the first house where Frederick Douglass and his wife stayed upon realizing freedom. Watch a black man across the street sketch for a while. Approach him and see that he is coloring. “What are you listening to?” Avery asks. “Wu Tang,” He says.

26. Drive to Cambridge. In the car, Khanh San shouts the entirety of Eunsong Kim’s article about how Harvard told Carrie Mae Weems that the slave daguerreotypes she used for the series “From Here I Saw What Happened and I Cried” were “owned” by the university because they were collected by the father of eugenics and Harvard professor, Louis Agassiz.

27. Buy tickets for the Fogg Museum a half hour before closing.

28. Spend twenty minutes standing in front of the Weems portraits, noticing how the docent with remarkably big muscles to your right seems like he’s getting closer and closer to you. He says “you can’t use a pen” so you ask him for his tiny pencil.

29. Keep thinking that the Kiki Smith sculpture “Pee Body” is an actual person.

30. A female docent tries to tell you something about the royal family but you’re still in “docent-as-police-state” mode so you don’t listen very well.

31. After a few seconds pass, say to this docent, “Wait a second what do you mean?” She points upstairs and says something about “Harvard” and “admits” and “slavery.” You all run up the stairs.

32.  One red-tie-sporting docent after another says, “Five minutes left” like a Christo installation. You wander through the rooms unsure how you’ll know when you’ve found it. When someone asks if you need help, you explain chaotically and simultaneously what you think you’re looking for. Somebody points.

34. Stand in front of a portrait of the Royall Family, who got their money through the slave trade and donated their land to Harvard’s Law school. Read the placard that says, in essence, “we got what we have because we stole and we raped and we murdered.”

35. Giggle. Don’t be afraid to share your joy with the nearest docent, she is just as thrilled as you.

36. Exchange high fives with the person standing nearest to you. Walk out of that museum like you just won the Olympics.

Aisha Sabatini Sloan is a contributing editor for Guernica: A Magazine of Art and Politics and a staff writer at Autostraddle. She is the author of two essay collections, The Fluency of Light (U. Iowa Press 2013) and Dreaming of Ramadi in Detroit, (1913 Press 2017).